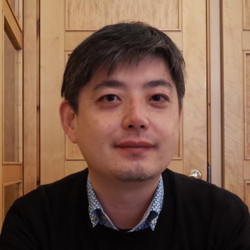 What Makes the Human Beings Distinct from the Other Animals?

Recent advancements in comparative cognitive science have revealed that the human beings share much more commonalities with the other animals than had been considered. Not only the humans but also other primates, even horses, care inequality of the wealth between their conspecifics. Birds, squirrels, and even hermit crabs socially learn important information from their conspecifics. What then makes the human beings unique and distinct from the other animals?

In the last two decades, the evolutionary thinking has gradually spread in both cognitive and social sciences. Researchers in many academic disciplines have been asking how the human mind is shaped by the processes of the Darwinian evolution, and how the human culture and societies have emerged through the interactions of the individuals which actions are controlled by the evolved cognitive system. This emerging intellectual movement does not yet have a proper name, but it is best called evolutionary social science. I have been working in close relation with this field by studying topics such as adaptive rationality, evolutionary foundations of learning, cumulative cultural evolution and the evolution of social norms.

Let us consider about culture as an example. Many different cultures exist in the world. How do we explain variety and diversity of culture as we see now? In biology, culture is defined as a set of information that is transmitted via non-genetic routes. People acquire beliefs, values, and knowledge via teaching, socialization, imitation and social learning. We can thus consider that variation in human culture emerges from the processes of iterated transmission of information across generations. One of my research topics is to explain how scientific knowledge and technology that cannot be attained by a single individual emerges through the processes of cultural evolution.