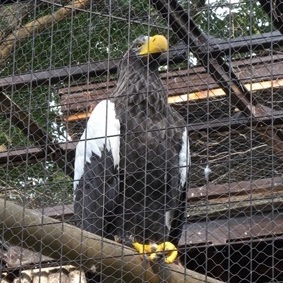 Challenging the validation of Ainu history:
Envisaging Ainu history from the perspective of Ainu community members

My research has focused on ancient history based on historical documents. Paying careful attention to archaeology, a discipline relevant to my field, I have been engaged in studies aimed at elucidating how the southern regions (Amami / Okinawa) and the northern counterparts (Tohoku / Hokkaido) of the Japanese archipelago interacted with various parts of old and modern Japan as well as those of East Asia. This has enabled me to successfully follow the tracks of those people from various trading items such as eagle feathers and fur skins from Hokkaido.

In recent years, I have chosen Ainu history as the new backbone of my research. Japanese history generally indicates that the main island of Japan entered the Kamakura era around the 13th century, which coincides with when Ainu culture emerged in Hokkaido. However, this raises concern that such a simple description is inappropriate for deliniating the long-term process behind Ainu history and culture. Focusing on the Ainu people, I eagerly wish to envisage Ainu history based on a broader timeline and not from the traditional framework of Japanese history.

Stick to a basic research method in cutting-edge research environments

The Center for Ainu and Indigenous Studies Hokkaido University is literally an incentive space where specialists in various realms related to research on the Ainu and other indigenous peoples assemble. Staff members hailing from the Ainu and other indigenous communities as well as the ethnic majority of Japanese people work together to proactively exchange information between different fields. I often have opportunities to learn firsthand the thoughts and feelings of researchers from the Ainu community or to witness the issues they are facing, which makes me once again realize that history is connected to the present.

My sincere hope is that you will be able to acquire basic research methods that can only be adopted in this interdisciplinary environment – an approach to immersing yourself in a heap of literature and historic documents and verifying your opinion based on the facts you have identified through the trial and error process. Even when you have reached a plateau in your research, this kind of back-to-the-basics approach will, in most cases, provide a shortcut to finding a clue to surmounting whatever bottleneck you face.

Historical facts are also challenged from another aspect. Minoru Hokari, the author of Radical Oral History: Historical Practice of Indigenous Australians, carefully listens to past events and the origin of things—explained by an Aboriginal patriarch in Australia—that apparently differ from historical facts. Based on this, he has come to realize that indigenous history is closely connected with the bodies of indigenous peoples and the earth. Furthermore, this history as the reality in which they have survived emphasizes the existence of another history competing with empirical historical science.

Though Ainu History and Indigenous History are still new disciplines, they have the potential to serve as clues to shaking up historical science as it exists today and renewing it through close involvement with the real world. While relying on verification, I hope to always remain open-minded to the possibility of various perspectives and methods.