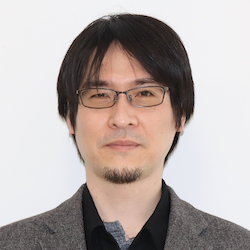 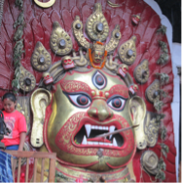 The attraction of Indian philosophy
inevitably tips the scale of life

The attraction of Indian philosophy and Buddhist studies extends beyond the realm of your knowledge and understanding. Even though you have been taught that Bonga Ichinyo means that Brahman (the ultimate reality underlying all phenomena) and Atman (principle ruling individuals) are the same, your mind is actually brimming with questions, which is quite natural. When the word eka meaning one in Sanskrit is translated into “the same,” there are still arguments heated enough to divide schools over whether “the same” means “identical” or “homogeneous.” I decided to pursue research on bhakti thought, which I have been interested in since I was a junior high school student. Whenever I found myself at the crossroads in life, I placed research activities and other occupations on a scale. The scale invariably tilted in the same direction—toward research. Going forward, I would like to share the attraction of Indian philosophy with everyone.

Gradual digitalization of dormant manuscripts:
Valuing your interest in reading

My research currently focuses on the Advaita Vedānta school, which is positioned as a reformist school among conservatives in the complicated history of Indian philosophy. I have completed Buddhist logic in graduate school, so if you wish to read any tantalizing text, I would be pleased to welcome you. Hokkaido University boasts researchers from a wide variety of disciplines such as religious studies and Buddhist studies. The adjacent disciplines will surely inspire you, having a positive effect on your studies. Furthermore, the research establishment of Indian philosophy places high value on horizontal interactions in the hope that it will lead to the growth of the next generation, enabling you to share information with other universities. In recent years, the digital archiving of manuscripts lying in various parts of India has been progressing. Research on Indian philosophy, which is now entering a key stage, is a discipline through which you can pave the way to the future.

Research on Brahmanism and Hinduism encompasses a wide variety of disciplines such as philosophical thought, religious rituals, literature, politics, legal studies, medical science and mathematics. It also has a long history over a period of 3,000 years and is affected by regional peculiarities in various parts of the Indian subcontinent, making it difficult to understand the entire picture. In addition, relevant literature has been passed down in the form of manuscripts, and much literature has yet to be researched, making the task of delving into the full image of Brahmanism and Hinduism even more difficult. However, this also means you can pursue new research themes based on your own interests.

Whether your interest is in experiencing eternal India or in developing new research themes, please pay a visit to the Laboratory of Religious Studies and Indian Philosophy if you are interested in the cultures of Brahmanism and Hinduism.