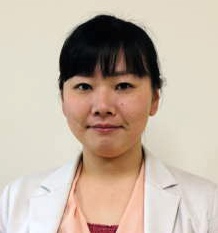 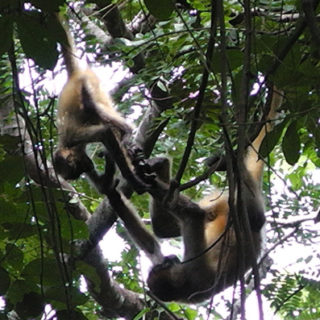 Minds aren’t left as fossils: Exploring the evolution of the mind through cross-species comparisons

Humans interact with others and occasionally help each other in daily life. Nonhuman animals also live in the same way. How have such social minds that developed through mutual interactions evolved? Minds aren’t left as fossils. Comparative cognitive science aims at elucidating the processes of evolution of the mind by identifying similarities and differences among various animals’ minds, including those of humans.

To explore the evolution of mutual cooperation, I’ve investigated tufted capuchin monkeys’ prosociality and inequity aversion in experimental food sharing situations. However, animals forge social bonds not only with others of their species, but also with members of other species. In the future, by addressing companion animals, especially horses, which are common in Hokkaido, I’d also like to clarify the psychological bases of social bonds forged between horses and humans, as well as their evolutionary processes. Additionally, I carry out multilateral research by measuring not only behavioral indicators but also physiological indicators in order to identify animals’ behavioral motivations.

Keep in mind your findings and excitement when you observe wild or feral animals: Aspire to be a researcher who can address your theme from a wide-perspective

Research methods in comparative cognitive science fall roughly into two categories. One is observational methods, which are helpful for understanding animals as they are; the other is experimental methods, whereby researchers can precisely investigate the factors that influence animal behavior by controlling the experimental situations. We focus on experimental studies, but I recommend that you observe wild or feral animals as early in your studies as possible. The findings and excitement that you gain directly in the field are sure to make your research deeper and more valid.

In my lab, you can acquire basic knowledge of comparative cognitive science and a stance toward that science by perusing textbooks and engaging in practical experiments. Based on such basic learning, I’d like you to foster the insight that’s necessary for you to address your research theme from multiple perspectives, while gradually obtaining knowledge in proximate disciplines. By doing so, you’ll be able to add interdisciplinary appeal to your research, which will help to spread that appeal to various scientific disciplines. With the help of the teaching staff of this course and of its graduate students, I’m pleased to provide cordial support to you for your growth as an international and interdisciplinary researcher.

I look forward to collaborating with those who like animals and want to know how animal minds have evolved in order to unravel their rich hearts. I would also like to create an environment in which students can engage in their studies enthusiastically and delightfully while respecting individual interests as much as possible.