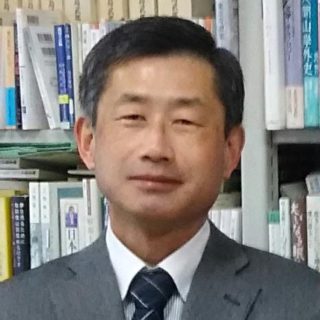 The textual style of ARHISIMA, MIYAZAWA, YOKOMITSU, or DAZAI.Literary theory, especially the theory of fiction. The comparative study between Japanese culture and foreign culture including the visual images.

Clarifying the attraction of obscurity:
The deep, affluent world of Kenji Miyazawa

When examining manuscripts drafted by Kenji Miyazawa, we can find traces of large numbers of alterations, corrections and other revisions. Novels and poems tend to be regarded as vehicles whereby the writer clearly conveys arguments to readers, but this isn’t the case with Miyazawa. His works include fissures and contradictions, making readers think various things. “Readers may find some nonsense in my works, but I don’t have any idea about them either,” Miyazawa wrote in the preface to his collection of children’s stories, The Restaurant with Many Orders. Researching Kenji Miyazawa is like penetrating an endless forest. The obscurity in the stories, such as in Matasaburo of the Wind and Vegetarian Festival, is exactly the profundity and richness that characterize his fiction.

As a study subject, we also cover materials other than those above, such as modern literary novels by Haruki Murakami and movies from the 1950s that are based on Japanese literature, paying attention to the expressions used by the writers in whom affirmation and negation, as well as possibility and impossibility, coexist.

The inspiration and originality necessary for literary research is to be found within oneself. My role is to support your research toward seeing it published. I emphasize technical guidance that will allow you to effectively convey your opinions to others, such as guidance on document-gathering methods, thesis drafting, and the use of computers in making presentations.

Japanese literature and culture are drawing attention around the world. Reviewing Japanese literature from the perspective of Asian countries such as China and South Korea is also inspiring. I’d like you to cultivate a broad view that can be accepted domestically and internationally, instead of seeing you seclude yourselves within Hokkaido.

Are you stifling your individuality?

Have you ever found yourself wondering what you just read after finishing works by Kenji Miyazawa, Osamu Dazai, Haruki Murakami and Yoko Ogawa? Have you ever embraced intense empathy or antipathy after watching Nausicaa of the Valley of the Wind or Neon Genesis Evangelion? These feelings of wonder, empathy and antipathy can be viewed as a mirror reflecting your individuality.

Representational culture—including literature and film—is undergoing a significant transformation while inheriting traditional styles. Surely you must have had your own opinions or criticisms when you came into contact with certain authors and works through the comparison of Japanese culture, including early modern literature and movies in Japan, with that of overseas countries. The next step expected of you is to efficiently express yourself with appropriate words.

I specialize in the analysis and theorization of literature and films, which brings me confidence when it comes to the student advising process; that is, discovering the individuality of students, encouraging them to express it, supporting them in theorizing vague ideas, and helping them to write papers. I am also adept at effectively formatting papers via PC to make them more appealing. We are now in the age of presentations. Please vividly express your individuality and convey it to the world!

I look forward to welcoming motivated students who wish to move on to the next stage.